To fully understand image contrast, it’s important to discuss the image histogram—a chart of all the brightness values and the number of pixels that are at each level of brightness. (Typically, we display images with 8-bit detail, which corresponds to 256 levels of brightness.)

Broad histograms indicate a weld environment scene with significant contrast, whereas narrow histograms signify less contrast in the scene, which can cause the resulting image to appear flat or dull.

The contrast variance can be caused by any combination of subject matter and lighting conditions. For example, images of a weld process taken with lots of smoke present will have low contrast, while those taken under a clear, bright arc will have higher contrast. Likewise, weld pools with lots of texture where light is not evenly reflected provide higher contrast than flat polished sections of metal that reflect at a near-constant brightness.

Image technology also affects the contrast in the image of the scene. If the brightest pixels aren’t saturated, then the resulting image will usually have a higher contrast.  Typically, better quality images can be obtained from a High Dynamic Range imaging system than a regular camera because it can provide images with greater contrast.

Why You Want High Contrast 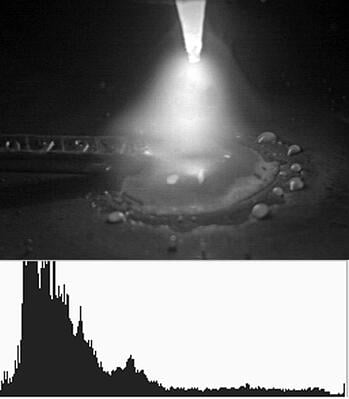 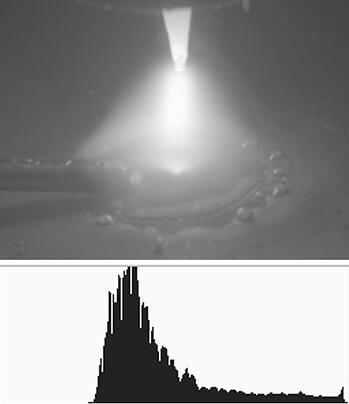 This enhanced texture allows operators to more-clearly see the precise details necessary to make in-process adjustments—leading to greater accuracy, faster decisions, and less strain on the eyes. In TIG welding, for example, when the operator wants to check for surface contamination, a higher contrast image will allow for more features at the edge of the weld pool to be visible, such as dross, bubbles or bead undercut that can indicate the quality of the weld.

In some kinds of welding, such as Plasma welding, a higher contrast image can show features that would not be visible otherwise, such as the seam that is visible through the weld (see image below). With such visibility, the operator can use the camera as an aid for seam guidance. 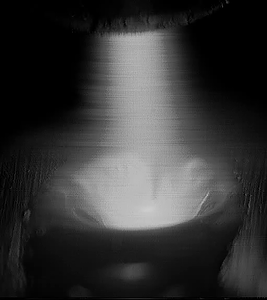 Seam Through the Weld Cone

Differing Contrast in the Same Image

Contrast can also vary between different regions within the same image due to subject matter and lighting differences in the scene. To illustrate, we can partition an image of an MIG weld process into three separate regions—each with its own distinct histogram.

The upper region contains a fairly broad contrast, but only across a part of the histogram as it does not have any super bright features in it.

The middle region contains the most contrast of all three regions because the image includes the direct light generated by the welding arc rather than light that first reflects off the surface of any metal surface in the field of view. This higher contrast produces stronger edges in the region, as well as stronger highlights in the weld arc area.

The bottom region contains smoke that captures some of the diffuse, reflected light from the weld arc and thus has lower contrast—similar to images you’d get if you were taking photographs in the fog without a bright, direct light source.

The sum of the histograms in all three regions creates the overall histogram of the image, seen below. 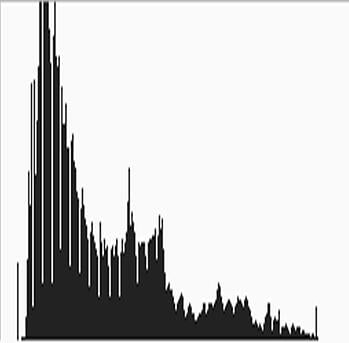 High-contrast scenes of welding processes contain more texture and more visible features than low-contrast scenes, resulting in improved operator perception and understanding of the weld process. By creating higher-contrast images, details in a weld process become visible that would not be seen otherwise.