This Pulsed Current welding can provide higher weld quality by introducing lower heat input into the weld and work piece. It can also enable better control over numerous welding parameters, such as weld pool, solidification, and speed. The final result is improved quality of the weld metallurgy and of the weld’s bonding properties to its parent material.

The Pulsed Current is usually implemented by using a constant frequency waveform that could vary from zero cycles per second (i.e., no pulsing) up to thousands of cycles per second. But although a pulsed current power source is the best way to run some welding processes, it causes a real problem when trying to image such a phenomenon with a Weld Camera.

Pulsed Current welding causes a rapid, extreme variation in brightness of the weld arc, switching from the maximum-intensity brightness generated by an arc receiving the pulse current to the almost pitch black that occurs when the arc receives the background current.  This dramatic variation can occur over the course of a single cycle of current pulsing, so it can happen up to several thousand times per second based on the settings of the waveform in the power supply.

Nevertheless, even with a global shutter sensor, the ratio and timing differences between the Pulsed Current weld frequency and the frame frequency rate of the Weld Camera could mean that the extreme changes in brightness could cause captured image frames of vastly different brightness—resulting in captured video that is not as clear as possible to the operator. In such a situation, advanced image processing techniques are necessary to smooth out the brightness variations to provide a more consistent brightness from frame to frame in a video and to make details of the weld and its background more visible to the operator.

In some types of welding (e.g., Aluminum welding), the welding current is not pulsed, but instead, its current polarity is switched to create the welding arc. The polarity switching process also causes a brightness change as extreme as welding Steel, and this has to be taken into account when imaging such a process.

Using a Weld Camera to monitor Pulsed Current Welding processes is a viable solution as long as the correct Weld Camera is used: the right type of camera sensor provides a better image, and image processing, if available, improves the visibility of features in the weld for the operator.

WeldStudio™ 3 Pro: A Guide to the Machine Vision Tools 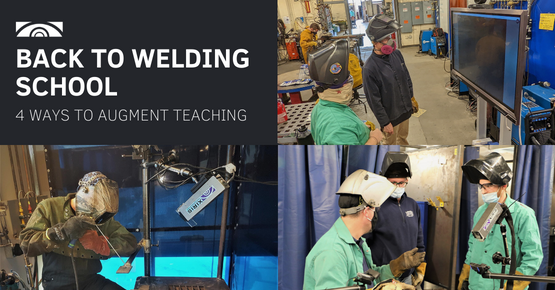 Back to Welding School: 4 Ways to Augment Teaching 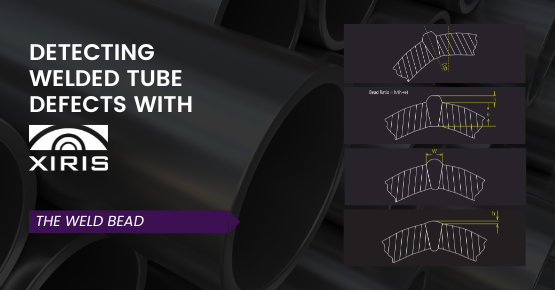 The final blog in our series Detecting Welded Tube Defects with Xiris will...