Written by Cameron Serles on October 6, 2020

Recently, Xiris released a ruggedized variation of its XVC-700 weld camera product line with optics angled at 75˚. A common use of the XVC-700 weld camera with the 75˚ angled optics is in pipe cladding applications, where the camera can be placed inside pipes as small as 150 mm (6”) in diameter to be able to properly see the cladding process while it is operating. In such an environment, the parent material is often preheated to temperatures up to 300˚C (572°F) and the ambient temperature near the welding head can even get hotter. At such high temperatures, the camera needs to be able to endure the heat, so we designed a sealed, protective housing that can be liquid cooled while offering protection against dirt and dust.

The XVC-700 within its protective enclosure, wrapped in a thermal blanket

While the camera was designed to withstand the extreme heat and dirt commonly found in the welding environment, we had to prove that the ruggedized XVC-700 would fully meet its specifications before we released it to market. However, our environmental chamber was only capable of operating up to 250˚C and we wanted to see if we could push that limit further. So, after completing extensive testing on a water cooled, fully operational camera inside the chamber at its maximum heat level, we concluded that we wanted to test the camera in a more extreme environment, to ensure the camera will survive in most cladding environments.

In order to test this, we used our company barbeque! Running it until it hit its maximum temperature of about 375˚C (about 700°F). While the camera itself in its protective housing was already capable of being submerged into such heat, we needed to figure out a way to protect and cool the cables connected to the camera, keeping them in their working temperature range. To do this we developed a protective thermal blanket fitted around the camera and cables with additional cooled air flowing between the blanket and the cables. By implementing the blanket, air and water cooling, we were able to keep the camera and its accompanying lenses at an internal temperature of ~38˚C (100°F), well within the working temperature range of the camera inside the barbecue running in excess of 375°C. 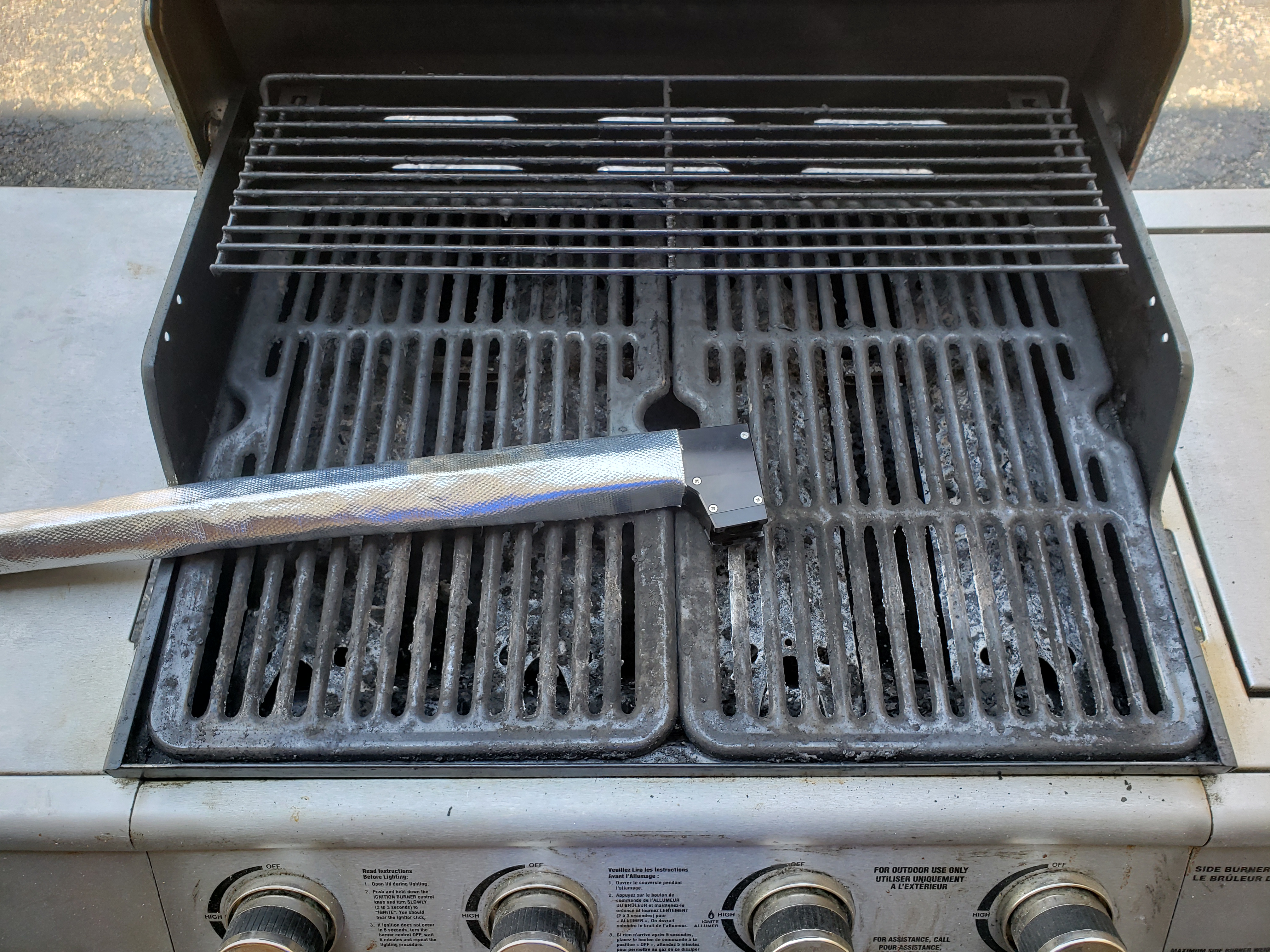 The camera withstanding the heat of the barbecue