Retrofitting a Weld Camera into an Existing Manipulator Cell

Written by Cameron Serles on October 6, 2020

Recently, Xiris installed a weld camera into an existing welding manipulator used to weld end caps on to very large tanks.  The welding is done on the end of a manipulator arm, 15-20’ (4-6 m) up in the air.  During the initial visit, the customer stated that their main problem with their automated welding manipulator was the requirement of a person to see the welds during the weld process.

As many have done in the past, their solution involved hoisting the operator up to the weld heads using a lift.  The operator was then tasked with monitoring and making adjustment to the weld.  While that provided a short term solution, the fabricator realized pretty quickly that they needed to keep the welding operators on the ground for a variety of reasons. 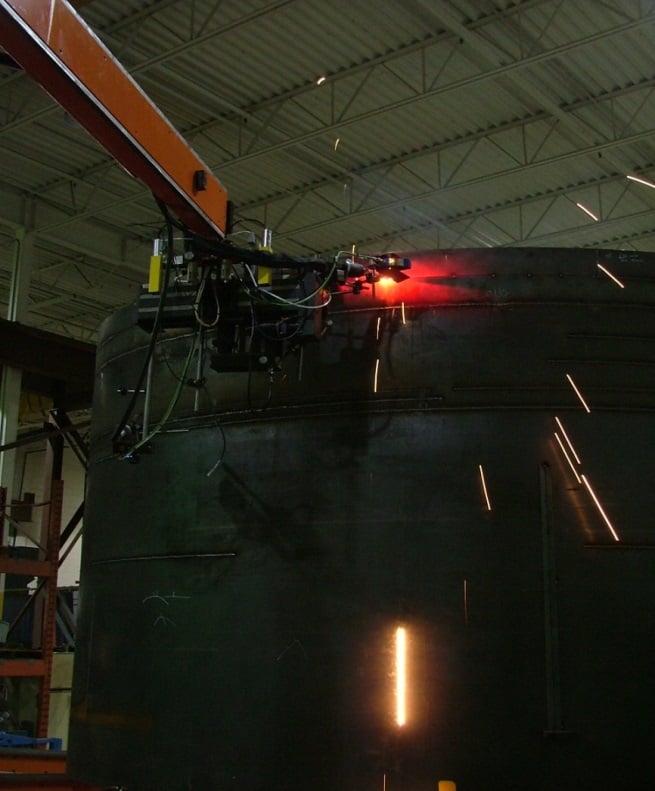 Xiris retrofit solution with existing cameras into a manipulator cell.

As a result, the fabricator implemented some commercial cameras with image quality that increasingly degraded over time.  The images became such a concern that the fabricator contacted Xiris for a retrofit solution of their existing cameras.  As the camera mounts already existed, replacing the camera was very straight forward.  During the install, Xiris provided the customer with a selection of optical configurations for variable stand off and field of view, allowing a customized, yet simple, camera setup.  In addition, existing monitors and cabinetry were also used to display the images from the Xiris weld cameras, to save on additional costs.

The net result was that the Customer felt that our camera was much less complicated than their original camera for a number of reasons:

Overall, Xiris Weld cameras’ image quality was better than the incumbent camera, in part because the original camera used a mechanical iris that was closed down manually until a suitable image of the arc was present on the screen.  However in so doing, the arc was visible, but very little of the background was visible.  The Xiris weld camera is able to provide a clear view of the weld arc and the background at the same time.

Sign up to receive our Weld Video of the Month 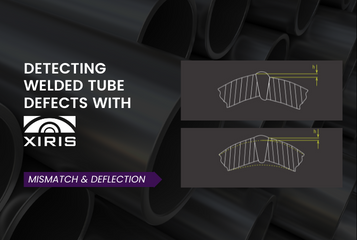 Last month, we began a series on the Xiris Blog regarding defect detection on... 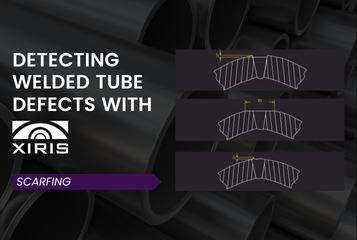