Written by Cornelius Sawatzky on August 29, 2014

Typically NDT systems are placed at the end of a production as a final check.  However, the laser inspection system can be placed directly after the weld box.  This system can let operators know what is changing in their welding process, allowing them to perform corrective action before significant scrap occurs. This capacity is especially helpful for one of the most common defects found across ERW Tube manufacturing:  Freeze Line defects in the weld bead.

Particularly in Electric Resistance Welding (ERW) or High Frequency (HF) welding processes, incomplete heating of the faces of the parent material can sometimes occur, resulting in a potentially cold-welded joint, which manifests itself as a line or seam extending from the top surface of a weld down into the welded area, in the shape of a sharp valley. Such a defect could indicate major metallurgical or structural problems in a weld, such as cold welding or improper forming.  It can very often be a point of a major failure of a weld in high-stress applications because the freeze line acts as a crack initiator into the welded material.  The Freeze Line becomes a concern to weld operators when it goes below the surface of the parent material of the tube because once the weld bead has been removed through grinding or scarfing, there is a risk that a void of non-welded material could be left behind.

The freeze line is measured from the lowest point of any contour in the weld bead to the surface of the parent material as defined by the ideal circle scribed by the walls of material beyond the weld zone.  If the freeze line goes below a pre-defined height, then it is considered a defect.

The Freeze Line Defect, where “h” = the height of the defect.

How the WI2000p System Measures the Freeze Line Defect

Xiris Automation Inc. has developed a non-destructive inspection system called the WI2000p Weld Inspection System. The WI2000p  includes  a laser line and a camera whose optical axis is offset to the axis of the laser line by an “offset angle”.  The WI2000p creates a visible cross-section of the tube by projecting the laser line on to the tube and capturing an image of the line using the camera. The resulting image shows a  profile of the tube surface as if it were cut in cross section.  If a tube is ideally round, the laser image will represent a section of an ellipse and any anomaly such as a freeze line defect can be mathematically detected.

The WI2000p bases all of its measurements on the differences between the actual laser profile line seen by the camera, and the ideal mathematical profile based on the tube parameters.  By knowing the position of the actual laser profile, the ideal profile, and the size of the pixels in the image, the WI2000p can detect weld bead profile defects that often escape detection by other quality tools such as Eddy Current testing, or Ultrasonic Testing techniques

Overall, laser-based 3D imaging systems, such as the WI2000p from Xiris, offer an excellent measurement option for tube mill owners/operators who want additional, real-time monitoring of weld features. They can be used in a proactive manner, warning operators what is changing in their welding process so that they can perform corrective action before significant scrap occurs And by measuring the outside contour of a weld, laser-based 3D imaging systems can operate on any type of material, regardless of its reflectance or magnetic properties, using a single head to perform the measurement. 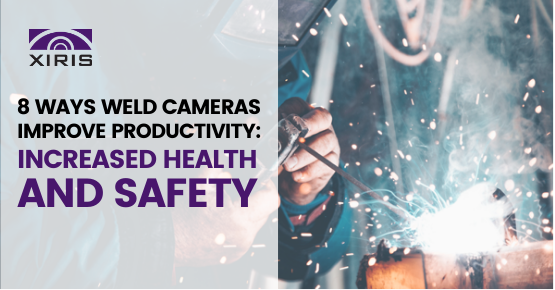 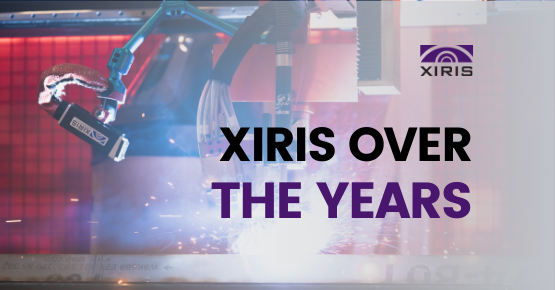